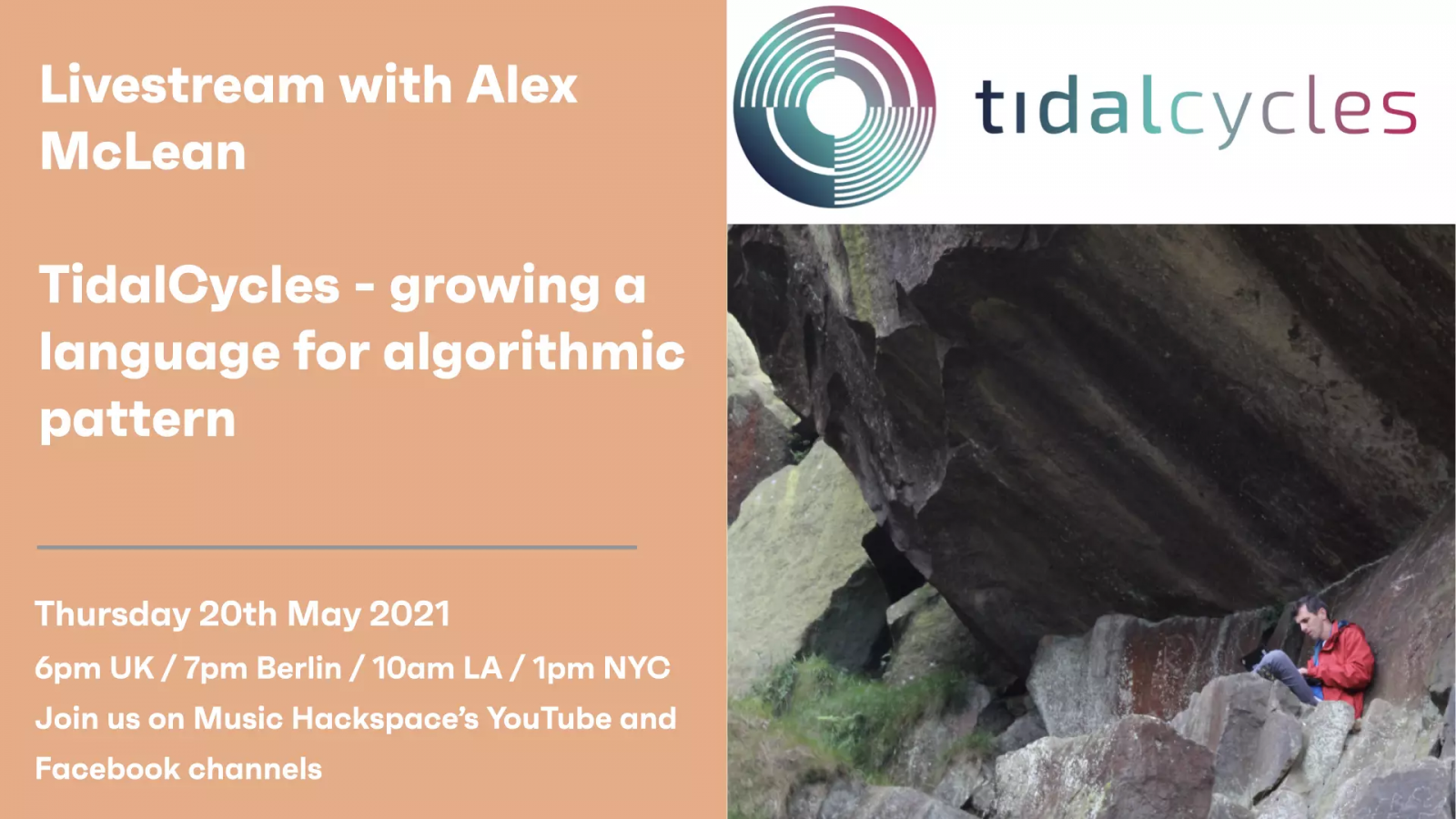 Brought to you by Alex McLean in conversation with Music Hackspace

Interested in how you could write code to make music to dance to?
In this live-streamed interview, Sheffield-based digital artist and researcher Alex McLean retraces the history and intent that prompted him to develop his TidalCycles project alongside ‘Algorave’ live performance events, contributing to establish Live Coding as an art discipline.

Alex started TidalCycles project for exploring musical patterns in 2009, and it is now a healthy free/open-source software project and among the most well-known live coding environments for music. TidalCycles represents musical patterns as a function of time, making them easy to make, combine and transform. It is generally partnered with the SuperDirt hybrid synthesiser/sampler, created by Julian Rohrhuber using SuperCollider. Culturally, TidalCycles is tightly linked to Algorave, a movement created by Alex McLean and Nick Collins in 2011, where musicians and VJs make algorithms to dance to.

This is a free event with no pre-booking required.

This event was from the 2021 Digital Festival